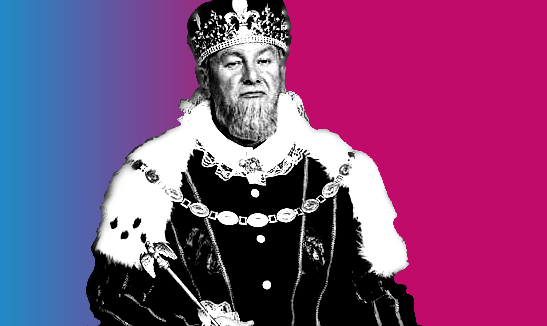 In early August we declared that ‘Fixed Income is Dead, Long Live FX’.

Over the past month, this view has become almost passé. There has been plenty of global media on the topic (here, for example). Meanwhile, the Fed’s embrace of AIT (along with extended forward guidance) mostly seals the deal with regard to the crucial US yield curve. It will not move much in the next several years, unless inflation sees a regime shift.

The demise of fixed income has two main aspects: low (and in some case negative) yields, both in nominal and real space; and a structural break lower in fixed income volatility.  The beta proposition has eroded, and the opportunity to generate alpha has also diminished.

We have also highlighted the concerns we have for risk parity (and other volatility targeting strategies) in this altered environment (here, for example).

At the same time, we do not want to lose sight of the profound implications for FX.

First, we continue to see heightened engagement in FX across a wide spectrum of clients and prospects (both by sector and region).

For hedge funds, this may involve a rotation of alpha generating capabilities, including active limits associated with FX. For real money, it may involve shifts in long term currency allocations, or even benchmarks. For corporates, it may involve rethinking how treasury operations are conducted, and in what currencies earnings are retained. For private clients, it may involve a rethink of base currency management, both in terms of assets and liabilities. Having an outsized home bias can be detrimental to returns, and this may be more important than ever.

We are also seeing more interest in the role that FX can play in hedging risk allocations, whether at the security or portfolio wide level. This is taking many shapes and forms, from debates around hedge ratios, to increasing participation in FX options markets, both as net buyers (to hedge) and net sellers (to enhance yield). The common theme here is a recognition of the superior liquidity and diversification properties that FX has to offer.

Second, the regime for FX has changed.  The era of USD carry (within a G10) is effectively over. The Fed ceased asset purchases in 2014, and commenced tightening in early 2016 and these dynamics impacted the USD trend even into early 2020. But this era is now behind us. Not only has the interest rate differential largely closed, but measures of realized and implied FX volatility have risen following COVID-19. In simple terms, the carry to volatility ratio offered by USD over the past several years is now a fraction of what it was.

The shift from away from carry is also evident in emerging markets. Here, there is still some interest rate differential on offer, yet spot rates have generally lagged through the recent bout of USD weakness. In our research, we have highlighted the importance of differentiating between orthodox and non-orthodox EM central banks, and this remains important. Meanwhile, the perhaps biggest global flow trend is that into Chinese fixed income (the one exception to zero yields among large markets). This will shape the direction of USDCNY, $/Asia and influence global EM trends too.

Third, and related, we are seeing some long standing correlation properties start to break down. The standout here is USDJPY, which has become decided less ‘risk-on’ over the course of this year. This bears close watching, as the second most traded cross in FX. Abe’s exit as Prime Minister adds a further wrinkle, as does the upcoming US election. More generally, in a world of generally zero rates, it is logical that correlations that were normal for decades, will no longer apply. The world has changed, and risk properties associated with currencies are evolving too.

In sum, we are seeing a lot more interest in FX, both in terms of alpha-generating opportunities, and in terms of balance sheet management. This is a natural implication of the suppression of yield volatility, which is set to persist.

As this crossover occurs, it is crucial to understand that the FX landscape itself is evolving, and that the data and analytics required to manage well are also changing as a consequence.

At Exante Data, we believe that detailed, rich and timely capital flow analysis is the key, and still underutilized well of data. This remains the core mission of our Global Flow Analytics platform, in providing the data, the tools and the narrative to our clients.  There may not be much to do in Fixed Income. But there are plenty of interesting macro and flow dynamics in play as we observe a profound regime shift take hold.

(with thanks to Grant Wilson for his input to this piece)

Links to some previous public letters: