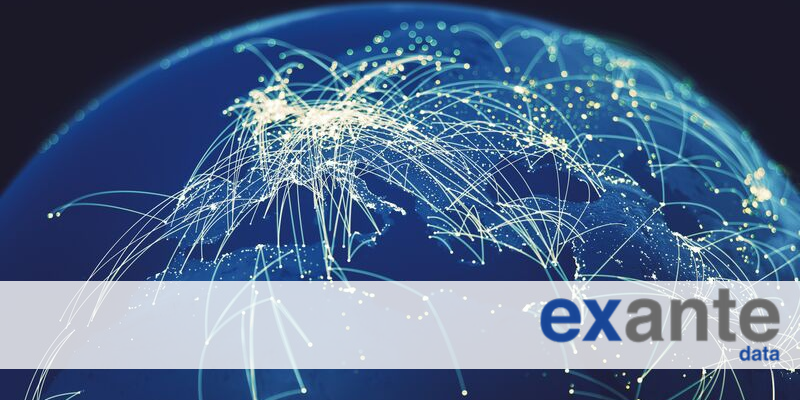 It has been another busy week. Key central banks had important meetings, and at least one of them delivered a very strange cocktail (more on that in a second).

First, I would like to to say thanks for the patience and support. A week ago, Bloomberg wrote a profile article about Exante Data in the context of how the research business is evolving (link). The article went viral and we received a large number of requests on the back of it. The requests ranged from interest in our data services to offers to sweep our floor! We have tried to respond to all the requests in a timely manner. But it was a bit challenging given the amount of inquiries, and we hope you understand if there was a little delay. More importantly, we appreciate all the positive comments, and the words of encouragement.

Turning to the central banks. The Fed did a hawkish pass. The FOMC is split, as has been evident for a while. But most likely, the dovish core of the committee, which remains in the driving seat, will be ready to hike by December; unless the data really turns clearly worse in short order or the election causes market instability.

The more important meeting, however, was the Bank of Japan. The Bank of Japan has been a pioneer in central banking for several decades. The BoJ was the first to try zero rates (back in 1999) and it ‘invented’ QE (back in 2001). And this week, it was trying to innovate again, after conducting a so-called Comprehensive Review of its policies.

The outcome was a strange cocktail. One the one hand, the BoJ adopted a new bond yield target. It essentially promised to peg 10-year bond yields at 0%. But at the same time, it said it would expand the money base by around JPY80 trillion a year. The weird thing about this cocktail is that yield and quantity targets do not mix well. If you have a yield target, you have to provide the quantity the market demands at that yield. If you have a quantity target, then you have to accept the yields/prices that target happens to generate. Hence, you could argue that the elements in the cocktail were internally inconsistent, and perhaps this was why it left a bad taste for some traders, and generated confusing intra-day ups and downs.

If you take a step back, there is a simple reason why the BoJ is starting to produce bad cocktails. It has run out of simple ingredients to stimulate the economy. There is little to no room left for more asset buying. Meanwhile, the financial sector is already complaining about too low yields. Hence, the BoJ had to come of with something new, and it ended up mixing Cognac & RedBull (sorry if there is anybody out there who happens to like that mix). Conventional and even unconventional monetary policy really has run out of room, and this matters for investors. The days when central banks could deliver a major bullish signal to the market are probably over. Observing the BoJ and the ECB this year certainly makes it seem like they are.

And finally a quick business update. We are doing a soft-launch of our China Flow Analytics in coming weeks. If you are interested in an early look, plug in your details here, and we will hook you up with a live demo. We are hoping to announce other intelligent data products in Q4. There is plenty of cool stuff to work on. Stay tuned.